but it was the first day of school and a bowl-cutted andrew mueller runs home to his mother after school, out of breath he's so excited: "mom, mom. i met the coolest kid at school today. i want to invite him to the farm. and over to play in my fort. and we can ride bikes and ... " his mother cuts andrew off, trying to calm her excited son.

"that's great, andrew. what's his name?" she is met with a confused look.

"well, go back tomorrow and get his name and i will call his mother to set up a play date."

andrew, let down at the lack of immediacy, could barely sleep.

the next day, he did as he was told. and he asked me my name.

later, the first thing blurted out in the loop-de-loop parking lot after school: 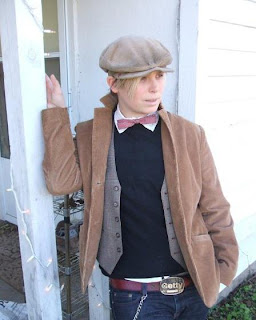